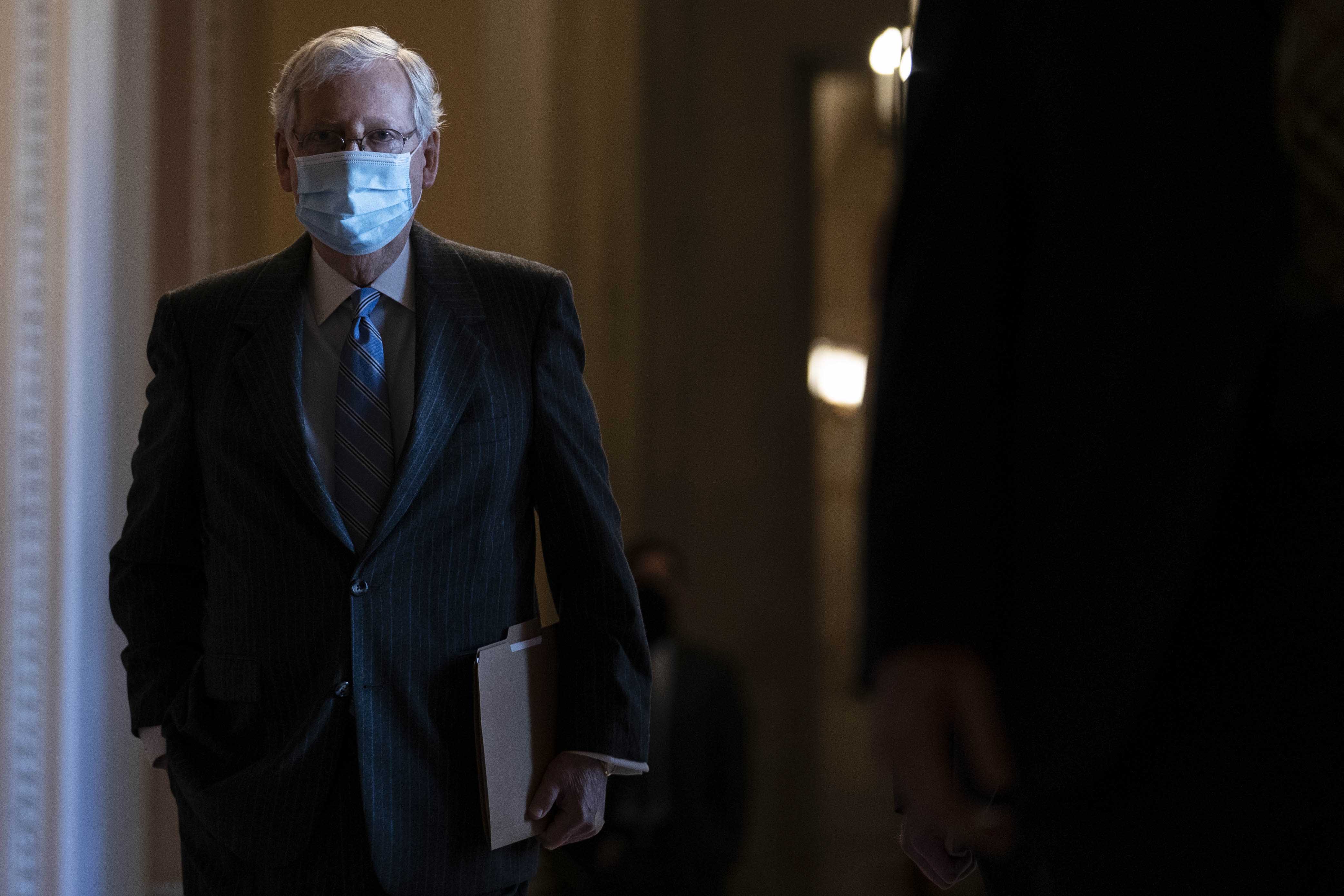 “Day after day, our colleague from New York performs the same angry speech with the same falsehoods,” the Kentucky Republican said. “I’m sorry that he feels the need to constantly say things that are false.”

Schumer retorted that McConnell “has defiled the Senate as an institution more than any person in this generation and many generations” and accused Republicans of building a “house of lies.”

“We have the culmination of this Republican majority’s systemic erosion of rules and norms in the pursuit of raw political power,” the New York Democrat said.

The Senate leaders’ insults come as the upper chamber is set to hold a final confirmation vote Monday on Barrett’s nomination to the Supreme Court. Senate Democrats are accusing Republicans of hypocrisy for confirming Barrett so close to the Nov. 3 election, after McConnell blocked former President Barack Obama’s nominee to the Supreme Court Merrick Garland in 2016. But Republicans argue the situation is different this time because the White House and Senate are controlled by the same party.

“Amy Coney Barrett is not the most political appointment ever to the Supreme Court by any objective standard,” McConnell said. “So these are not really arguments. They are just kind of angry noises.”

Schumer responded that Republicans “live by the rule of because we can, they completely ignore the question of whether they should — morality principles, value, consistency, all out the window.”

The GOP-controlled Senate is expected to confirm Barrett on Monday evening. While Democrats can’t stop the nomination, they have been forcing a series of procedural votes on the floor as part of their opposition to the process.

Lawmakers made hundreds of stock transactions during pandemic, watchdog finds

In most cases, the lawmakers have not been accused of wrongdoing, but CLC says the frequency of such stock trades underscores the need for more transparency and ethics protections, particularly in a time of crisis. Members of Congress are not held to the same ethics and disclosure requirements as members of the executive branch, but […]

While the FBI does not name the victim, former Democratic candidate Bryan Caforio said in an interview that “to the best of my knowledge I am” the victim named in charging documents, saying he had been cooperating with federal authorities. Prosecutors said the FBI has not uncovered evidence that Hill or her staffer had a […]

Pelosi’s ally, the underdog and the next-in-line: Dems battle to lead spending panel

Wasserman Schultz, in some ways, was an unexpected addition to the race; her 11 years on the committee pales in comparison to the lengthy records of DeLauro and Kaptur. But she is attempting to sway her colleagues with another line on her résumé: her powerhouse fundraising abilities. Wasserman Schultz is “the underdog,” said one Democrat […]