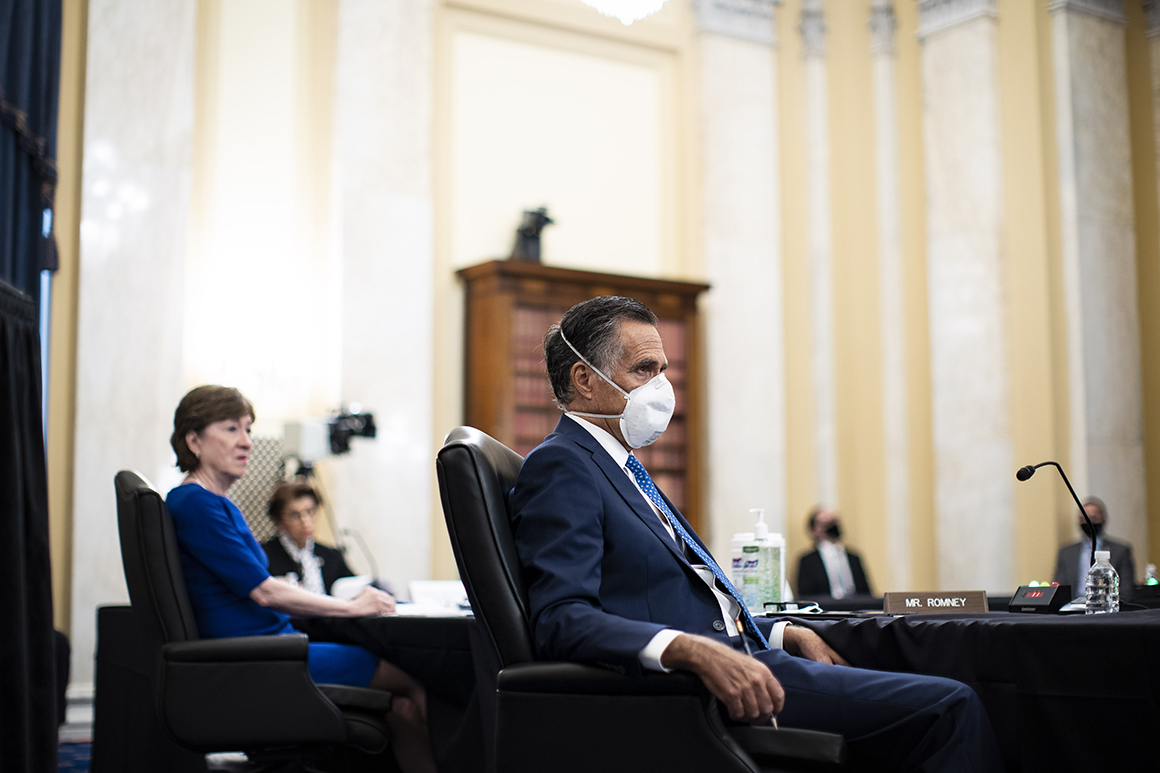 “Congress is filled with lots of great actors. It is devoid of action,” said moderate Rep. Dean Phillips (D-Minn.), a member of the Problems Solvers Caucus who has been involved in the bipartisan discussions. “There’s a massive disconnect between those who have been elected to leadership in our respective chambers and caucuses and between the rank-and-file members.”

The odds of passing a new tranche of relief are still daunting. Yet the outcome of the long-shot effort could offer a key glimpse into what Washington will look like with Joe Biden in the White House.

With razor-thin majorities in both the House and Senate and party divisions sharper than ever, moderates will be key to whether Biden accomplishes anything meaningful during his tenure. And their moves this week suggest they’re finally ready to push their leadership to the table.

“This model of how we’re working together, to me, is exactly the model to get things done in the next Congress,” said Rep. Josh Gottheimer (D-N.J.), co-chair of the Problem Solvers Caucus.

McConnell has continued pushing a smaller Republican-preferred “targeted” relief bill, even amid the bipartisan progress. But some in the GOP say his position might not be sustainable.

“We had a real breakthrough,” said Collins, who met with McConnell and other centrist Republicans Thursday. “I was surprised to have the leader dismiss it so quickly. And I’m disappointed in that. I hope he will [come around]. We need to get 60 votes to pass something in the Senate. And I don’t see his proposal garnering 60 votes.”

Others were not so optimistic: “I’m not prepared to say that’s something that I think is a 60/40 chance in the next two weeks is the new MO for Congress the next two years,” said Sen. Brian Schatz (D-Hawaii). But he said the looming Georgia runoffs, which will determine control of the Senate, could be weighing on Republican leaders as they deliberate whether to move forward with the bipartisan framework.

The jolt toward a possible compromise continued Thursday, with Sen. Lindsey Graham (R-S.C.) leaving a meeting with Trump at the White House on Thursday afternoon declaring he’s “never been more hopeful that we’ll get a bill,” though he said the policy differences remain.

“I don’t know whether the Senate will pass our bill exactly as we negotiated it, or whether it will be used cafeteria-style with portions picked by [leaders] in putting together the omnibus bill. But it’s pretty clear to me there’s growing support in our caucus and apparently the Democratic Caucus behind our bill,” Romney added in an interview.

Many of the rank-and-file members who helped revive talks had been growing more furious by the day as a stimulus deal slipped past August, and then again in September and October. Meanwhile, coronavirus cases flooded hospitals in dozens of states and battered the economy. Congress, too, saw its own cluster of cases, offering further urgency for lawmakers to reach a deal swiftly and avoid the Capitol complex.

The outrage became so acute that some members, including Phillips, called their own meetings with their leadership to urge action. Senators like Collins and Joe Manchin (D-W.Va.), one of the lead sponsors of the bipartisan bill, spent much of Thanksgiving break on Zoom calls, working to create a tangible solution. And many on Capitol Hill acknowledged that attempts to reach a compromise at the highest levels had failed.

“I’ve been very, very frustrated with this whole process. And I would like to see this be the new model,” said Rep. Susan Wild (D-Pa.), a centrist freshman. “We’ve just been on a treadmill … the slowest treadmill I’ve ever been on in my life.”

“Carrying on like we’ve done for half a year, while people are struggling, while people are literally dying because of a lack of inaction in many ways, that’s a fault of government,” added Rep. Cindy Axne (D-Iowa).

The first signs of life in coronavirus negotiations since before the election came after lawmakers returned to Washington this week. Shortly after the bipartisan group unveiled their $908 billion proposal, top Democrats surprised even their own members as they signaled a willingness to support a bill when they had long been adamant about approving a $2 trillion deal.

“It is quite clear across the board — not just on this — people have to be willing to come out from their corners in the ring, otherwise we’re going to have this kind of stalemate,” Rep. Gerry Connolly (D-Va.) said, calling on Republicans, too, to compromise.

Members of both parties insist they can’t leave town for the holidays before passing some kind of stimulus measure, though both chambers have repeatedly departed for lengthy recesses without delivering aid. And, as several lawmakers and aides have pointed out, actually settling on the legislative language for any kind of relief package remains a huge hurdle.

Still, some top House Democrats are reluctant to keep members in the Capitol for any more days during the pandemic, arguing that it’s not worth the health risk if their Senate counterparts are still refusing to budge.

“My recommendation will be if we can’t get a deal, we will have to send members home,” House Majority Leader Steny Hoyer (D-Md.) told reporters Thursday, adding that members will come back immediately if and when there is a deal ready for a floor vote.

But not everyone in D.C. is going to find that acceptable.

“I think it’s wrong. And I’d like to think every Democrat and Republican would refuse to go home, leaving people in the lurch and losing all their lifelines at the end of December,” Manchin said.

How Kevin McCarthy kept Republicans in lockstep behind Trump on impeachment

“He’s been very inclusive. … He’s done a great job,” said Rep. Mark Meadows (R-N.C.), another Trump ally and founding member of the Freedom Caucus. “Some of the conservatives have had a good working relationship with Kevin over the last year. That’s been highlighted in this impeachment debate.” But, he added, “I think him being […]

Given that many Republicans oppose impeachment or think it’s not even constitutional once Trump has left office, it could be tough to get the cooperation Biden needs to handle a trial alongside Cabinet confirmations and begin work on a new coronavirus stimulus bill. Biden and Democrats say it’s critical to cut a deal that does […]

While Democrats support stimulus checks, the issue has divided Republicans. Johnson, in a Friday floor speech, cited a coronavirus relief proposal the GOP released early this fall that included money for unemployment benefits, another round of money for the Paycheck Protection Program and liability reform. Democrats, however, dismissed it as a partisan bill and said […]