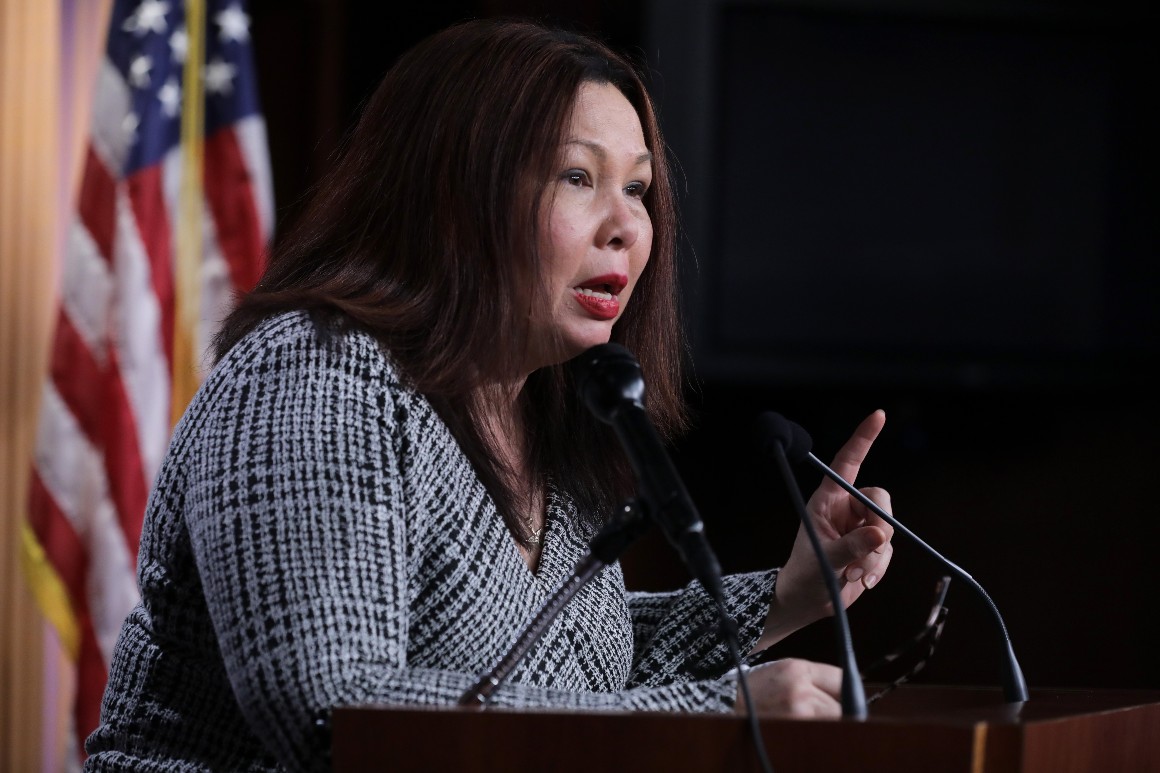 “If accurate, it would be a disgraceful insult to the vast majority of servicemembers who honorably serve our Nation in accordance with the core values of their respective Services,” Duckworth wrote in the letter.

If any such individuals are identified, Duckworth urged Miller to take “appropriate action to hold individuals accountable under the Uniform Code of Military Justice.”

“Upholding good order and discipline demands that the U.S. Armed Forces root out extremists that infiltrate the military and threaten our national security. Thank you in advance for prioritizing my urgent request,” Duckworth wrote.

Duckworth is the latest lawmaker to press the Pentagon for answers following the violent breach of the Capitol. Reps. Ruben Gallego (D-Ariz.) and Jason Crow (D-Colo.) requested Army Secretary Ryan McCarthy brief the House Armed Services Committee by Friday on the Guard’s role in responding to the riot and plans for deploying the Guard in the nation’s capital for President-elect Joe Biden’s inauguration.

Crow also released a summary of a phone call with McCarthy on Sunday in which the Army secretary said the Pentagon “is aware of further possible threats posed by would-be terrorists in the days up to and including Inauguration Day” and is coordinating with local and federal law enforcement.

The congressman also sought assurances that troops handling security for the inauguration are screened for possible sympathies with “domestic terrorists.”

This is not the first time DoD has been forced to reckon with the prevalence of extremism in the ranks. Last year, the department was rattled by an alleged plot by a young soldier to coordinate with a neo-Nazi group to attack and kill members of his own army unit.

A 2019 Military Times survey found that more that 36 percent of active-duty troops said they had personally witnessed examples of white nationalism or ideological-driven racism within the ranks, a 14 percent increase from a similar survey the year before.

In response to the riots, Miller on Wednesday authorized 6,200 National Guardsmen from six states and the District of Columbia to respond to unrest in the days leading up to inauguration.

Lawmakers, D.C. and state officials have traded barbs with DoD over who is to blame for the security failure at the U.S. Capitol on Wednesday. Maryland Gov. Larry Hogan on Sunday said he was baffled by the response he received while seeking approval from DoD for his Guardsmen to enter D.C.

However, top defense officials have said that D.C. Mayor Muriel Bowser deliberately limited the Pentagon’s role in the riot response ahead of Wednesday. After getting a flurry of requests from Bowser and lawmakers on Wednesday for additional support, DoD officials worked quickly to send backup, they said.

Connor O’Brien contributed to this report.

It would direct the federal government to examine how to require drug makers to refund money to employer-sponsored health plans when the companies raised prices above the rate of inflation. The government would have to issue regulations based on its study — a key element that Jayapal said would force federal agencies to further rein […]

“I can’t outspend him. We can’t even match him. He raised more money in a quarter than I’ve ever raised in a year in my life. But we can outwork him,” DeFazio told supporters on a virtual phone banking on Thursday, the same day that both candidates disclosed their latest fundraising haul. Democrats say they’re […]

Pelosi signals no relief for airlines without bigger Covid deal

Pelosi’s comments appeared to be a change in direction for Democrats, one day after she and some top lawmakers had privately discussed moving ahead with an airlines-only relief bill as soon as this week. Several Democrats, including a key chairman, had been demanding urgent action on airlines with tens of thousands of jobs at stake […]